Tanuja Dehne is President & CEO of the Dodge Foundation where, alongside her team, she is leading the Foundation’s transformation into an anti-racist organization dedicated to realizing a just and equitable New Jersey. 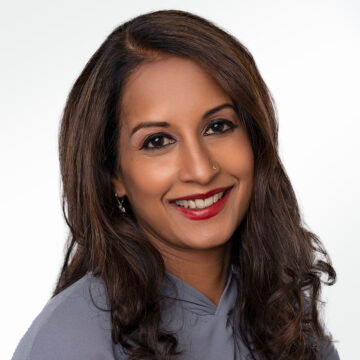 Tanuja Dehne (she/her/hers) is the President & CEO of the Geraldine R. Dodge Foundation in Morristown, New Jersey. Established in 1974, the Dodge Foundation has distributed more than $500 million in grants and technical support to New Jersey nonprofits, with a focus on the arts, education, the environment, “informed communities” (including local journalism), and poetry. With her team, Tanuja is leading Imagine a New Way, the Dodge Foundation’s transformation to become an antiracist organization, centering its work on racial equity and justice while designing a new model of philanthropy that democratizes power, redistributes wealth, and shifts economic control to communities in ways that are just and regenerative for people and the planet.

Tanuja is also a public company director and former C-level executive of NRG Energy, Inc., a Fortune 250 power company. Tanuja brings perspective and experience from her cross-discipline roles to the C-suite and board room. She is a purpose-driven leader, cultivator of talent, and proven strategist. Tanuja is an award winning corporate attorney, human resources professional, and community volunteer who thrives when making a positive difference in the lives of others. Tanuja is frequently called upon to share her expertise across the globe from New York, Austin, San Francisco, Brussels and Davos.

Tanuja recently served as a Senior Advisor on corporate governance matters for The B Team, an NGO focused on mobilizing global leaders to drive a better way of doing business for the well-being of people and the planet. An active member of her community, Tanuja has served on several non-profit boards including the New Jersey Pandemic Relief Fund. She currently serves on the Boards of Trustees of Lafayette College, New York Public Radio, AAPIP (Asian Americans/Pacific Islanders in Philanthropy), and Philanthropy New York.

Tanuja is the Co-Chair of the Advisory Board of Drexel University’s Gupta Governance Institute. She is on the Faculty of NACD’s Board Advisory Services, is an NACD Board Leadership Fellow and was recognized as one of the “2018 NACD Directorship 100.” In 2017, she was named a “Director to Watch” by Directors & Boards. Tanuja is also a part of BigSpeak Speakers Bureau.

Tanuja earned her undergraduate degree from Lafayette College, her Master’s degree in Political Science from the University of Pennsylvania, and her Juris Doctor degree with honors from Syracuse University College of Law.

Tanuja is a 200HR RYT certified yoga instructor who integrates mindfulness and movement in her personal and professional lives.